Cura Software Download: Meet popular 3D printing is available to free download for all Windows versions. You can get a direct download link for Windows 32/64 bit OS. It’s a very simple and user-friendly tool that makes your 3D dreams successful. Keep enjoying by installing the tool Ultimaker software on any operating system. Simply follow the given download button to get a full setup installer 3d program on your PC. The download file is fully safe & secure from harmful attacks and threats. Download the Ultimaker software offline installer right now.

Cura is a 3D printing application of software type, Open-Source (OSS). That means copyright owners can allow users the facility of studying, changing, and distributing software to anyone for any kind of purpose. Cura is offered under a free-software license name LGPL version 3. It was first created by David Braam who was hired by a 3D printer manufacturer name Ultimaker after his creation. Ultimaker is founded by Martin Elserman, Erik de Bruijn, and Siert Wijnia almost 9 years ago in 2011. The product line of this company consists of three products; 3D printers, Filaments, and 3D printing software. According to the 2019 reports, the company has almost 400 employees working for it. These 400 employees serve more than 1 million 3D printing users throughout the world. The Ultimaker printing software is also compatible with many other 3D printers too that feature makes it more useful. 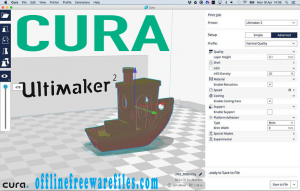 Cura is programmed in three different languages that are C++, Python, and QML, and available in more than 15 languages. It is compatible with three operating systems; Windows, Linux, and Mac OS. It lies in the software category of 3D printer Slicing Application. It means Ultimaker Cura first slices the model file of the user into different layers and then creates a g-code which is specified as per printer selection. G-code is a type of programming language which is used to control computer connected automated peripheral or machines. Due to its open-source software type, it is compatible to use with most of the 3D printers available in the market. It means Cura can work with the files in the mainly used 3D and image formats as well. 3D file formats are STL, 3MF, X3D, OBJ, and 2D file formats are JPG, GIF, PNG, and BMP.

After David Braam joined Ultimaker, almost 7 versions have been released so for. The updated versions have enhanced speed, other hardware connectivity, more control, and ease to use. All versions that are considered as major release are;

There are several other updates that have been released after time to a time interval. Cura is considered in the most advanced shape after the release of its version 3.0 because there are two major features that have been added to the software. One is Cura 3.0 and later versions have compatibility with USB printers. It means more third party 3D printers can be used with Cura.

The second most advanced feature is plugin capability. This capability brings ease in using Cura software in terms of opening models from the menu bar and exporting models from other third-party applications. With the current version, you can rate the third party models from 1 to 5 stars. In the latest update of Cura name Version 4.1.0, the Cloud backup feature has been added to the software. The user interface becomes easier to use and support for other third-party printers has been enhanced. The wireless printer can also be accessible to Cura.

Ultimaker, a 3D desktop printer, is getting better and better with time. 8 different variants are released since 2011. There are several features added to the latest version of Ultimaker. Ultimaker S5 Pro Bundle is the latest model and has every features so for included in Ultimaker. Some noticeable features are listed below;

Cura, the most powerful and easy to use 3D printing software, is also easy to download. Just open the web browser on your desktop and search the word, Cura. Open the first website you will see in search results. It will directly lead you to the download page. Click the “download for free” button to download the latest version of the software that is Ultimaker Cura version 4.6.1. A pop-up window appears that asks you about your operating system. Cura can be downloaded in Windows, Linux, and Mac OS. Now run the downloaded file and install the software. After installation, it will ask you to attach your printer with the software.

There are several 3D printing software available today. Converting a computer-aided design, also called a CAD model, into a three-dimensional tangible object is called 3D printing. It usually done by the layer-by-layer addition of printing material, this process is known as additive manufacturing. As per reports of the 2018 survey, Fused Filament Fabrication (FFF) is used in 46% of 3D printing worldwide. This technique is also called Fused Deposition Modeling (FDM) and Filament Freeform Fabrication (FFF). Printing has a really long history, people used to print text and images on the wood from almost 18 hundreds year ago. The concept of 3D printing was first mentioned by David E. H. Jones in 1970.

3D printing technology has become more advanced and widely spread with the passage of time. Like Ultimaker and MakerBot, there are several industries that are manufacturing 3D printers along with 3D printing software. Make any 3D model that can be shaped into a tangible 3D object inconsiderable size. Initially, very few materials were used for 3D printing purposes like ABS plastic and PLA.

But with new 3D printing technology, 3D printing is possible with steel, wax titanium, and silver. 3D printers use layer by layer progression by extruder heating the printing material and cooling fans then help the material in instant cooling.

In short, the 3D printing process consists of three simple steps. First, export the 3D model into printing software or create your own by using different tools of printing software. Second, select the printing material of which your final product is made of. Third, provide G-code to the 3D printer to print the model in the 3D objects. 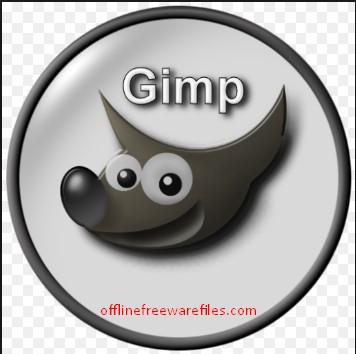 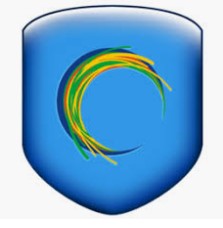